The oil palm was introduced by the British colonisers to Malaysia as an ornamental plant in the early 1870s. In 1917, Henri Fauconnier, a French rubber and coffee planter, saw its potential as a cash crop and commercially planted oil palm in Tennamaram Estate, Bestari Jaya, (formerly known as Batang Berjuntai), Selangor.

The demand for palm oil as a lubricant for steam engines and other machinery during the Industrial Revolution in the 19th century encouraged British conglomerates in Malaya to replace rubber with oil palm on their plantations. By 1925, about 3,350 hectares of oil palm had been grown in various parts of Malaya and the acreage increased to about 20,000 hectares by World War II.

In the 1960s, the Malaysian Government began largescale cultivation of oil palm under an agricultural scheme aimed at eradicating poverty and improving the living standards of landless farmers. The refining of crude palm oil started in the 1970s.

By the end of 2004, Malaysia had become the largest producer and exporter of palm oil, accounting for 11% and 26% respectively of the world’s production and export.

Palm oil is derived from the flesh of palm fruits, which have a naturally high beta-carotene content.It has attracted... read more

As its name implies, the Malayan Tiger’s natural habitat is in the Malayan Peninsula of Southeast Asia, particularly in... read more 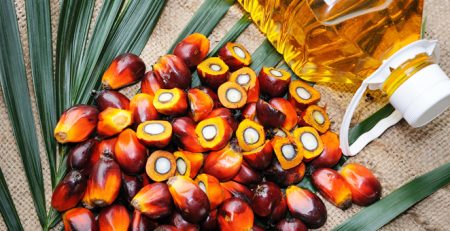 What is Palm Oil

Did you know that palm oil, which is vegetable oil, is the most consumed type of oil in the world?... read more

Palm oil is a natural food that has been consumed for more than 5,000 years. Palm oil is produced... read more

Grown only in the tropics, the oil palm tree produces high-quality oil used primarily for cooking in developing countries. It... read more

No Palm Oil labeling is misleading to consumers

Some food companies selling products in Europe are printing the words, No Palm Oil (NPO), on their labels. At... read more

Red Palm Oil vs Others

How Does Red Palm Oil Compare to Other Oils?Red palm oil contains more antioxidants and vitamin E than... read more