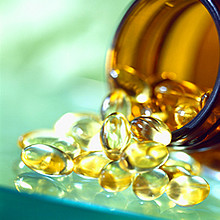 Vitamin E has long been known to be an antioxidant, capable of destroying potentially harmful free radicals in our body. There are 2 main types of vitamin E: tocopherols and tocotrienols. To date, tocopherols have been extensively researched, and nearly all the vitamin E supplements available today are derived from tocopherols. Tocotrienols, compared to tocopherols, are only starting to receive more attention from researchers, but even at this early stage, research is uncovering a considerable amount of potential benefits.

HealthToday sits down with Professor Ammu Radhakrishnan, who shares with us a study, in which she was involved, that demonstrates the potential benefits of tocotrienols to our body’s defense against infections.

There had been some promising results on tests conducted on animals such as mice, which suggest that  tocotrienols can give our immune system a boost. However, does this translate to humans as well?

Prof Ammu points to a 2-month clinical trial, which was conducted on 108 healthy, non-smoking women aged 18 to 25 years. The volunteers were randomly assigned into 2 groups. One would receive 400 mg of tocotrienol-rich fraction (TRF) supplement every day, while another group would receive a placebo. She explains that it was a double-blinded trial, so even the researchers did not know which team would be getting the TRF supplement. On day 28 of the trial, these volunteers were then given the tetanus toxoid vaccination.

The results, published in 2011 in the European Journal of Clinical Nutrition, showed that volunteers who received TRF supplementation had:

• Increased production of antibody (IgG) against tetanus toxoid. This can help the host immune system to better protect the host against this toxin, which is produced by a type of bacteria.

• Increased production of interferon-γ and interleukin-4, cytokines that play an important role in triggering the immune response.

• Significant increase in total levels of vitamin E in the plasma.

After analysing the results, the researchers offered the following conclusion:

• Daily supplementation of 400 mg TRF can play a beneficial role in strengthening the immune response in healthy people following vaccination.

Therefore, tocotrienol supplementation may be useful if we are considering a natural way to boost our immune system. People with weakened defence against infections, such as people with diabetes and cancer patients undergoing chemotherapy, especially, may find this useful.

First intorduced to Malaysia in the 1980s as an ornamental plant, the Elaesi Guineensis –the oil palm tree- is now leading... read more

No Palm Oil labeling is misleading to consumers

Some food companies selling products in Europe are printing the words, No Palm Oil (NPO), on their labels. At... read more

The 12 cooking oils you need to know

Back in the 80s, the only cooking oil in your pantry may have been all-purpose vegetable oil (the exact vegetable a... read more

A TV commercial for a popular cooking oil spray claims that the product won’t leave sticky residue behind. Neither... read more

There are many good reasons why the healthy palm fruit oil tree is called the Tree of Life. It produces... read more