Is Palm Oil as Good as Coconut Oil?

Of all the tropical oils, coconut oil gets the most attention while, up until recently, red palm oil (the virgin, unrefined version) has been relatively ignored by most folks in the U.S.

At this point, a growing number of health enthusiasts are aware that coconut oil is not only a super food, but the reigning king of healthy oils. Grocery shelves are stocked with it in health food and general stores alike. For most people unrefined, virgin coconut oil has a distinct pleasant flavor and can be used in a variety of dishes. Red palm oil, on the other hand has a distinct flavor, that many Americans don’t like. Maybe because it’s unfamiliar to our palates or maybe because we’ve been spoiled by coconut oil!

In either case, thanks to a Dr. Oz review and a ton of research coming out, many are wondering if red palm oil has taken over the #1 spot and should be crowned the new king of healthy oils.

People spanning the coastal regions of West and Central Africa and Central and South America have heralded it as a “sacred food” for over 4,000 years, and for good reason.

According to Cambridge World History of Food, “The view still persists in some circles that palm oil is an unhealthy tropical grease, and it is difficult for palm oil producers to counter this perception because the product had little or no public image among Western and Asian consumers before the start of the recent media debate.”

However, this image seems to be changing as palm oil has gained considerable attention the past few years in natural health and research circles.

It all started about a decade ago during the early 2000s, in what appears to be an independent search. Researchers from Monash University (Australia) and University of Uyoin (Nigeria) began to analyze the key components that make palm oil so unique and both came up with strikingly similar conclusions: 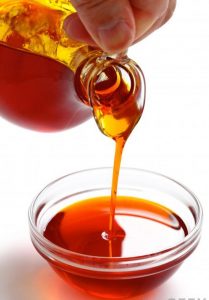 It is one of the few fatty fruits in existence, it’s likely to hold a substantial place in the human diet and is the second most consumed vegetable oil in the world. It is different from other plant and animal oils in its fatty acid composition (50% saturated, 40% unsaturated, and 10% polyunsaturated) in that it does NOT promote atherosclerosis or arterial thrombosis.

Where coconut oil has around 90% MCFA’s (fat your body can easily burn for energy) palm oil only contains around 50% MCFA’s.

But in addition to MCFA’s, palm oil is also loaded with the following phytonutrients:

Subsequently, the health benefits of palm oil include reduced risk of a variety of disease processes including:

Palm oil can be sold in a fresh state or at various levels of oxidation. Oxidation is a result of processing the oil for various culinary purposes. However, a considerable amount of the commonly used palm oil is in the oxidized state, which poses potential dangers to the biochemical and physiological functions of the body.

Unlike fresh palm oil, oxidized palm oil induces an adverse lipid profile, reproductive toxicity and toxicity of the kidney, lung, liver, and heart. This may be a result of the generation of toxicants brought on by oxidation. In contrast to oxidized palm oil, red or refined palm oil at moderate levels in the diet of experimental animals promotes efficient utilization of nutrients, favorable body weight gains, induction of hepatic (liver) drug metabolizing enzymes, adequate hemoglobinization of red cells and improvement of immune function.

In a nutshell, you want to avoid all processed, hydrogenated oils like the plague. Even the amazing health benefits of palm oil are completely negated due to this harmful process that extends shelf life. Stay safe and keep your shelves stocked with UNREFINED, COLD-PRESSED oils!

At the end of 2013, the journal BMC Complementary and Alternative Medicine published a study that evaluated the antioxidant activity of the oral application of oil palm leaves extract (OPLE) in mice with diabetes. Just 4 weeks after administering a relatively high dose in the animals, scientists observed that OPLE began to improve kidney dysfunction and fibrosis, which are commonly associated with diabetic neuropathy.

Fascinatingly, they also noticed that oxidative stress markers and inflammation, which are directly related to the most common causes of death in the world (cancer and heart disease) began to decrease. Although doctors are hesitant to announce that palm oil is the new treatment for these deadly diseases, this type of research is certainly turning heads!

More Vitamin A, E than Any Other Plant-Based Oil

Arguably one of the most beneficial of its many positive attributes is that red palm oil contains the most abundant amount of vitamins A and E of any plant-based oil.

Vitamins A and E are praised for everything from killing cancer cells to preventing strokes. No wonder palm oil production has doubled since 1995.

In 2011, Ohio State University Medical Center researchers set out to determine just the potency of α-tocotrienol, the most potent neuroprotective in Vitamin E. They observed some pretty amazing results. Not only did they discover that a 200 mg tocotrienol-enriched supplement significantly reduced stroke-induced lesions in the brain, it literally prevented loss of white matter fiber tract connectivity.

Essentially, this tells us that Vitamin E-rich foods like red palm oil can help protect the brain from ischemic attack. Scientists also noticed that red palm oil induced new blood vessel growth, which in turn provides further protection for the brain and heart during a stroke.

At this point in the research game, it appears that discovering new benefits of red palm oil are only limited by funding and the creativity of scientists and doctors to design new studies.

To answer the question everyone seems to be asking: “Which is better, Palm Oil or Coconut Oil?”

Although I love what I’m seeing about palm oil, at this point coconut oil still maintains a strong #1 position in my opinion, with red palm oil coming in second. If I had to pick a third, it would be extra virgin olive oil.

The jury may still be out on this one, but it looks like we have a good race going on here!

Final Note:
When buying palm oil, make sure to only buy CSPO certified sustainable palm oil. Unfortunately there are some large companies that are destroying trees in order to harvest palm oil. Simply check the brand you’re buying to make sure they are certified sustainable and you won’t only be improving your health but you will be improving the world.

What is your favorite type of oil or fat you cook with?

A Must for Ramadan: Gullac 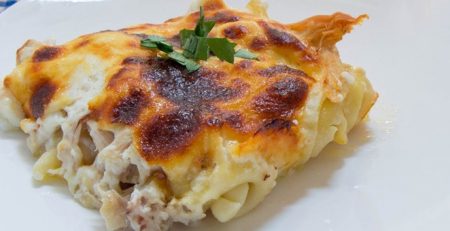 This cake is so easy to make that even kids can do it for themselves. It is flourless so... read more 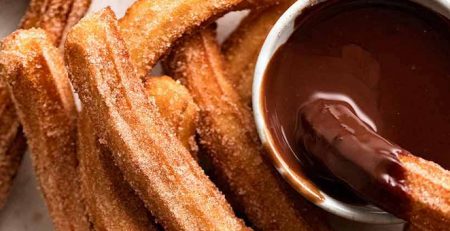 Best friend for your coffee: Churros

1- Palm oil is more nutritious than most people think.Crude palm oil is very rich in phytonutrients such as... read more

More recently, coconut oil has become the popular choice of oil. But, whatever oil you choose – whether it’s olive, coconut,... read more 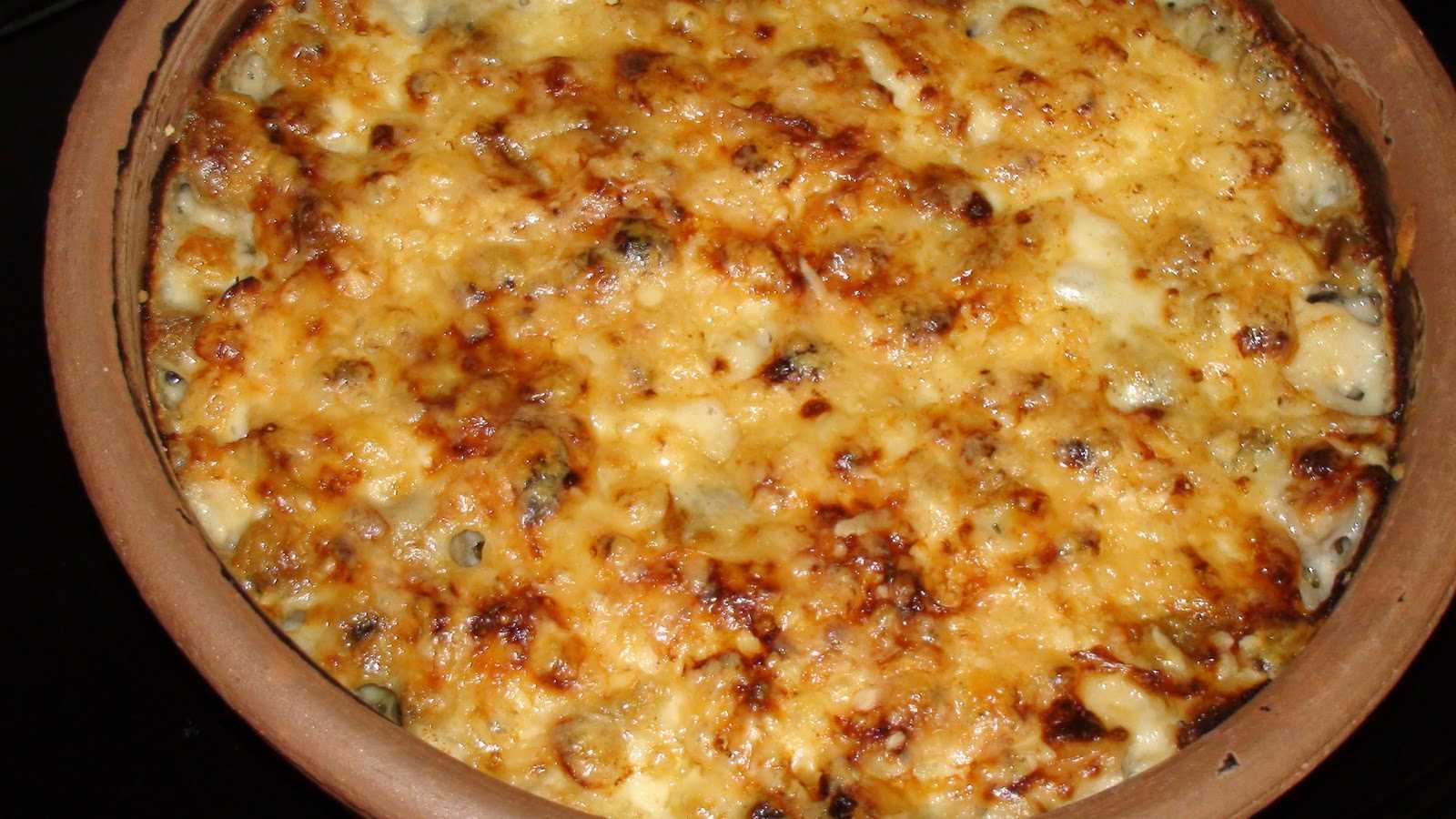