Blame it on sugar, not fat, for obesity and diabetes rates

According to the World Health Organization (WHO), obesity worldwide has more than doubled since 1980.

Furthermore, 42 million children under the age of five were overweight or obese in 2013. And, as it is elegantly put in the summary of the fact sheet available on the WHO website, obesity is preventable.

Such statistics are extremely worrisome. As a matter of fact, they take the obesity issue to a whole new level: obesity is an epidemic. And as such, it should be considered a global emergency.

The cost of these illnesses will be “astronomical”, as stated by Dr Marion Nestle, chair of the Department of Nutrition and Food Studies at New York University in the United States.

In its fact sheet, the WHO explains what the fundamental cause of obesity is. Far from being unexpected, their assumption is that there is an energy imbalance between calories consumed and calories expended.

Globally, there has been:

• An increased intake of energy-dense foods that are high in fat.

• An increase in physical inactivity due to the increasingly sedentary nature of many forms of work, changing modes of transportation, and increasing urbanisation.

Unfortunately, our answer to this global public health issue is not even close to helping. The WHO’s answer to what causes the obesity epidemic is part of the reason why we inefficiently try to deal with it.

To me, it is very clear by now that the energy imbalance between calories consumed and calories expended is to blame. However, the concept of calories is most likely wrong and cannot explain obesity alone.

In this, the work of Prof Robert H. Lustig (professor of paediatrics at the Division of Endocrinology and director of the Weight Assessment for Teen and Child Health Program at University of California, San Francisco) is more than noteworthy.

But more importantly, WHO’s answer pointing towards fat as the main issue (“increased intake of energy-dense foods that are high in fat”) needs to be reassessed.

Evidence clearly shows energy-dense foods that are high in fat are not solely responsible for the obesity epidemic, contrary to what the WHO states.

Diabetes is a major cause of heart attacks, stroke, blindness, kidney failure and lower limb amputation.

The projection the WHO makes is that diabetes will be the seventh leading cause of death in 2030.

Diabetes too, is expanding extremely quickly and is a legitimate cause of worry, particularly because – as reminded by the WHO fact sheet – diabetes can be prevented or delayed with a healthy diet, regular physical activity, maintaining a normal body weight and avoiding tobacco use.

The WHO is actively promoting diabetes prevention and care management. (There is even a World Diabetes Day.) However, to this day, as surprising as it may seem, sugar is still not a definite target in the fight against diabetes.

With preventable diseases, patients can actually be part of the prevention behaviour. That is one of the most interesting aspects of nutrition as a field of study.

Patients are in control of what food they purchase and consume. Provided they understand the consequences of their choices, they can be responsible. They need to understand the impact that the food they eat has on their health.

In previous papers and articles, we have shown that scientific evidence does not support the theory that was seen as a truth for so long.

For ages, fat has been considered the cause of metabolic disease. But it obviously is not.

This has destroyed perfectly good food habits we used to have, leading to what we might now call the worst food epidemic ever known.

Those beliefs have driven us to take fat off our plates over time. That in itself is not the issue (although the body needs fat to work properly). But since fat and flavours are very closely related, fat-free or low-fat products were literally not edible.

Neither was it satiable. With close to no fat in our food, we had to find a solution, something to replace it in order to make food products palatable. And if that solution could be affordable, then the food industry would thrive.

Sugar was the answer everyone was looking for at the time. It replaced fat, made the food taste good and was inexpensive.

It may even have been the easiest and cheapest solution at the time. And more importantly, it generates that strong positive reward in your brain, one that leads to sugar addiction, making you crave for more.

The problem is, the more sugar we ingest, the fatter we become. Contrary to popular belief, fat does not make you fat; sugar does.

And unfortunately, as we grow fatter, we look for dietary solutions and end up consuming more low-fat, diet food products. Which obviously adds to the problem by providing fewer fats and even more sugar to the body.

And all the sugar consumed stresses the pancreas, which in turn has an effect on insulin resistance.

Palm oil for instance, is a healthy source of lipids and vitamins; it is also trans-fat free. It has suffered a smear campaign over the last few years, and just like we can find many “low-fat” products, we can find “palm oil-free” products.

As explained earlier, fat in general, and palm oil in particular, is not, and never was the culprit we made it out to be.

Palm oil actually has a balanced composition that makes it one of the healthier options available.

In France, and more generally in Europe, the consumption of palm oil is not a cause for concern. We do not consume too much of it and studies published in the last 10 years show precisely that we shouldn’t worry about palm oil, as it can be part of a balanced diet.

Sugar, on the other hand, is not as easy to defend. If fructose – one of the dozens of forms of sugar – was always present in fruits, the other kinds of sugar added to just about every food product have no particular metabolic benefit.

Overconsumption is now doing us more harm than good.

It promotes obesity and is responsible for diabetes, two epidemics that are among the leading causes of mortality. And it is consumed in excess by a majority of the population.

Let us be straightforward: you should cut added sugars in order to reduce the amount of sugar you are eating.

But as we previously discussed, sugar is often hidden in food products, and since it has so many different names, it is difficult to find. Low-fat products in particular, are riddled with hidden sugars.

We should move away from the low-fat dogma, and governments and regulators should absolutely support that shift.

Incidentally, we should be looking to restore food habits we once had, where fat was considered healthy and sugar was not so frequently found in food. Those in charge of publishing dietary guidelines should recognise the scientific evidence supporting fat over sugar and take immediate action.

A healthy balance of fats should always be a key component of your diet. A fat like palm oil is a prime example of this. It is good and healthy. And its balanced composition of saturated and unsaturated fat makes it also ideal for cooking.

Further, it is actually very difficult to over-eat fat. It is very satiating. And eating fat in a low-carbohydrate diet makes it easier to access fat for energy.

Consumers have the chance to decide what they eat. However, they should be guided by the best available science.

Moving away from added sugars and other carbohydrates while adding more natural fats like palm oil will rapidly improve your health.

It is time regulators recognised, and endorsed, this fact.

Dr Guy-André Pelouze is a French cardiothoracic surgeon, and a founder of the French think tank and research group Institut de Recherche Clinique (Institute of Clinical Research). He is a widely quoted writer and commentator on health and nutrition in France.
Read more at http://www.star2.com/health/wellness/2016/07/17/blame-it-on-sugar-not-fat-for-obesity-and-diabetes-rates/#kQ1b4iH3dhpMWAsR.99 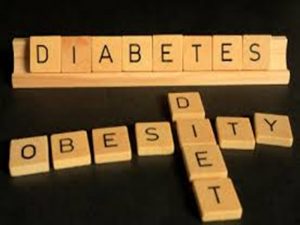 It’s common knowledge that too much Cholesterol and other fats can lead to disease, and that a healthy diet involves watching... read more

Palm oil is a natural substitute for artery-clogging trans fats

The Food and Drug Administration (FDA) is clear: It wants partially hydrogenated oils (PHOs)  – the primary source of... read more

It is sugar, not fat that causes obesity and diabetes

According to the World Health Organization (WHO), obesity worldwide has more than doubled since 1980.In 2014, over 1.9 billion... read more

If you have type 2 diabetes, or have been told that you are at risk of developing the disease,... read more 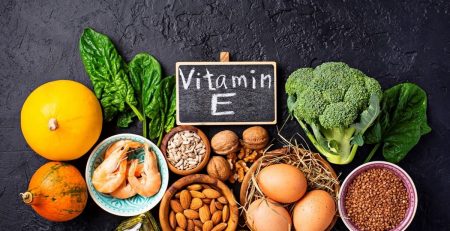 The Other Side of Vitamin E

Vitamin E compounds called tocotrienols are linked to everything from protecting your brain from stroke damage to heart and eye health.Many people... read more